A Letter From Our New Zealand Correspondent 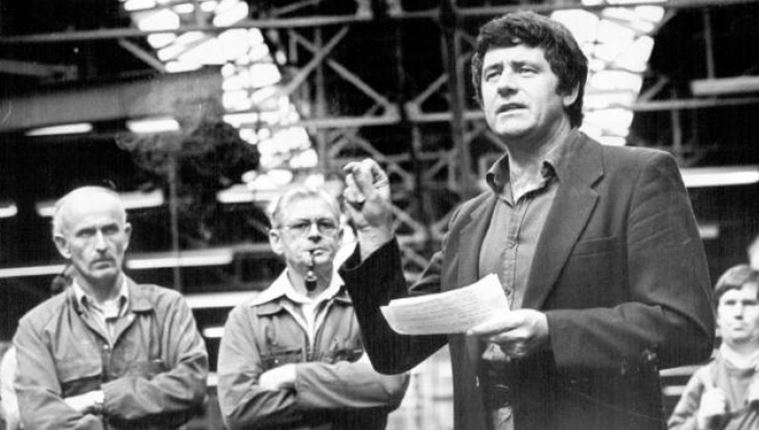 Who coined the term ‘New Labour’?  Tony Blair of course!  But no, he didn’t.

In Britain the term entered the language of politics circa 1994.  It conveyed a break with the Labour Party of the past; with ideas of socialism, nationalised industries and Clause 4; and an unashamed embrace of the market, of Thatcherism in effect.  There was also about it a sense of middle-class metropolitan superiority, Mandelson and the “filthy rich”.

Actually ‘New’ Labour has a somewhat earlier vintage, origin and politics to it.  It dates from the late 1980s, from New Zealand politics and represented a reaction against the adoption by the New Zealand Labour Party of a free-market ideology and programme that predated Thatcherism.

‘New’ Labour in this sense was the creation of Jim Anderton, a then leading light in the New Zealand Labour Party and who died on 7 January 2018 in Christchurch.

In 1984 the New Zealand Labour Party was elected to office with a landslide majority.  The party was led by David Lange (prn.  ‘Longee’).  Anderton, who hailed from Auckland, was one of the new MPs, elected to a constituency in Christchurch.  He was no neophyte.  He was active in Labour from the mid-1960s and since 1979 party president and a powerful organisational figure.

Labour in 1984 replaced a National Party government led by Robert Muldoon who had called a snap election.  There was a sense at the time of emerging economic crisis.  Muldoon also lost the confidence of the business community and much more widespread.  He was an economic interventionist, seen as a bully and particularly with respect to South Africa and rugby, a racist.

Lange’s Finance Minister was Roger Douglas, previously the finance spokesperson.  Douglas had flagged his belief in a market-oriented programme for Labour in government, however the party had fought the election on a rather different, indeed meaninglessly bland, manifesto (Douglas and his associates could not carry the party with them in their zeal for market-based policies in the face particularly of Anderton and his supporters whose politics were ‘old Labour’ in the British style – think ‘Corbyn’).

The events surrounding 1984 remain controversial, still clouded in mystery.  They are further, in their detail and controversy beyond the scope of this Letter.  Suffice to say that within days of coming to office Labour had begun to implement a programme of market transformation, far removed from its manifesto.  Not even a thoroughly bourgeois party anywhere in the world (never mind a traditional British-style Labour Party) would at the time have contemplated the programme.  It was also pursued relentlessly, extending over time into every corner of the economy, every nook of state involvement in the economy and every crevice of public administration.  At the Treasury Douglas was given a free hand by Lange, who knew nothing about economics and cared less.  Anderton and the mainstream were out in the cold.

By 1989 it had all become too much for Anderton.  The breakpoint was a decision to sell off 51 per cent of its Bank of New Zealand (BNZ) holding, a kind of equivalent of Bank of Ireland or the Bank of Scotland.  It led to suspension from his position of president.  He then resigned from Labour, split the party and established NewLabour with the message that he wasn’t leaving Labour, the party leaving him.  Rogernomics (as it came to be known) though just kept rolling and even gathering momentum.

When in 1990 National (with Jim Bolger as leader) was returned to office it continued with Rogernomics.  National would remain in office until 1999 with Bolger leading the party to victory twice more, in 1993 and 1996 (New Zealand has a three-year electoral cycle and a unicameral parliament).

Two ministers from the Bolger era stand out.  First, his Finance Minister from 1990 to 1993, Ruth Richardson and second, Jenny Shipley initially in her role as Minister for Social Welfare (1990 – 1996) and then as Minister for Health (1993 – 1996).  Between them they led the charge against deficits and to extending the Douglas approach (now named ‘Ruthanasia‘) into the depths of the New Zealand Welfare State (health, welfare, education) rooted in the radical programme of the first Labour PM, Michael Joseph Savage and his 1935 ministry.  In 1997 Shipley organised a coup against Bolger (he was for her too much the ‘social democrat’ in mien) and became Prime Minister (1997 – 1999).

The Shipley government was defeated in the general election of 1999 with Labour returning to government under Helen Clark.  Hers had to be a coalition administration, Labour on its own did not have the numbers.  It needed NewLabour or as it had in 1991 become, the Alliance.

In 1991 Anderton merged his NewLabour into a broader grouping of social democrats, social credit and environmentalists, naming it the Alliance.  In the 1993 and especially in the 1996 and 1999 general elections Anderton’s organisation scored electorally.  With Helen Clark (and her finance minister Michael Cullen) distinctly cool on Rogernomics the way was clear for coalition and Anderton as deputy-PM.

By this point though many nationalised industries had been closed down or privatised while those left and public services such as the Post Office and parts of the electricity supply industry became State-owned Enterprises (SOEs) subject to private enterprise rules (for investment, profit, dividend-paying etc) and to competition.  The entire philosophy of the civil service was changed and departments were to conduct themselves as businesses.  And so on.  Trade union structures were weakened by laws with collective bargaining and agreements made virtually impossible for many workers.

Health, welfare and educational provision were also cut and further, subjected to an almost continuous cycle of restructuring and reorganisation, all in the name of efficiency, value for money and the requirements of employers and the market economy.  Everyone in the system is now a ‘beneficiary’ – which is seen and promoted almost as a mark of Cain.

Jim Anderton was born James Patrick Byrne in 1938 in Auckland.  And yes, the name does communicate his background and origins.  His father left the family at an early stage and died during the 1940s in a railway accident.  His mother remarried, to a Victor Anderton, who in 1951 formally adopted the young Jim, thus the surname change.

Like so many Kiwis of his generation, Anderton qualified as a teacher.  However he only briefly worked as such, soon becoming involved in child welfare and youth work.  He became a paid employee of the Catholic Youth Council and the Catholic Archdiocese of Auckland.  In 1965 he was elected a (Labour) councillor to Manukau City Council in Auckland.  He was launched on what would prove a long political career.

When Rogernomics got under way Anderton was a leading figure in New Zealand Labour in his role as president and effectively as leader of the old school.  He resisted and represented the resistance to the Douglas agenda.  Eventually though it all proved too much for him.  He broke with the party.  In 1989 he established a rival organisation, the NewLabour Party.

In the vein of Neil Blaney and Fianna Fail, in Ireland, Anderton always said that he never left Labour – it left him (and by implication the traditional values and politics he and those of like mien represented).  On the Anderton assessment of 1989 the Party was lost to a pro-market claque, irretrievably so.  There was nothing for it but to create NewLabour to uphold and represent the old politics and beliefs.

NewLabour split the Labour Party.  It also achieved considerable success, including electoral in its own right.  And it arguably caused (old) Labour to eventually partially, slowly and hesitantly return to its roots – with the emphasis very much on those words ‘partially’, ‘hesitantly’ and ‘slowly’.

Anderton’s reputation is as an autocrat, a one-man awkward squad, dividing and divisive as well as obsessed and obsessive.

I think this is somewhat unfair.  His family life it is true, was certainly put under strain as he openly admitted.  Here is on this to the New Zealand journalist Gordon Campbell (whose biography of Anderton has still to see daylight):

“I was the great Irish father in a sense,” Anderton once told me ruefully, “terrific with the kids until they developed a mind and personality of their own.  While I was their hero, and everything I said was gospel, everything was fine.  Life was wonderful.  Then I had these alien creatures – teenagers – who suddenly said: “You’re the worst father in the world.” I didn’t handle it.  One after another, all these lovely kids who had been my closest companions, who thought I was God – he laughed – turned on me.”

Anderton represented a point of view and held it deeply: it was in Labour terms a traditional position.  It was socialist and in Anderton’s case, a mixture of a working-class Irish Catholicism and the Labourism of Michael Joseph Savage.  Again Gordon Campbell:

There’s a strand of Catholic activism in the Labour tradition (and in the union movement) traceable all the way back to Michael Joseph Savage.  Down the years, Catholic radicalism has been a wellspring of the party’s commitment to social justice, and to equal opportunity.  Anderton learned about this tradition early, and the hard way.

In 2002 he broke from Alliance and established the Progressive Party.  This triggered a snap general election and marked the end of his political career although he would remain in parliament until 2011.  It also added to the autocratic and divisive image and portrayal.  On the other hand Alliance was an uneasy coalition with two very strong characters at its head, Anderton and political leader and Matt McCartan as a very powerful organisational leader (almost a young version of the Labour Party Anderton of old).  McCartan also accused him of selling out on his principles – again more than a hint of the Anderton of old.

The three Clark administrations (1999 – 2008) left much of the Douglas legacy intact but also it did mark change.  Air New Zealand (privatised, 1989) would be renationalised in 2001 having collapsed in private hands.  Similarly with KiwiRail (privatised, 1993; renationalised, 2008).  BNZ was lost but Anderton is credited with returning the New Zealand state to the banking sector with the launch of KiwiBank based on the New Zealand Post network of offices and outlets.  A national savings scheme KiwiSaver was established.  There were changes too in employment law and in the welfare area.

In 2010 Anderton announced his candidacy for the mayorality of Christchurch.  He was defeated for the mayoralty.  He retired from parliament on the occasion of the 2011 general election which saw National returned to government under John Key.

The 2017 election resulted in a hung parliament with Labour led by Jacinda Ardern finally securing a majority, with deals with New Zealand First and the Greens.

Jim Anderton never quite left Labour and Labour never really left Jim.  It was as he said, Labour leaving him – for a period.