How the New Right made a complete mess of creating a New World Order after the Soviet collapse.  Were both greedy and short-sighted.
Published last year.  Now available on-line.

How much there was in British culture that fitted what developed in Italy and Germany. How it could easily have been the same in Britain had Britain lost World War One.

Tory Guilt in Supporting Mussolini.  This included Churchill, whose objection to Hitler was that he made Germany strong enough to threaten the British Empire. 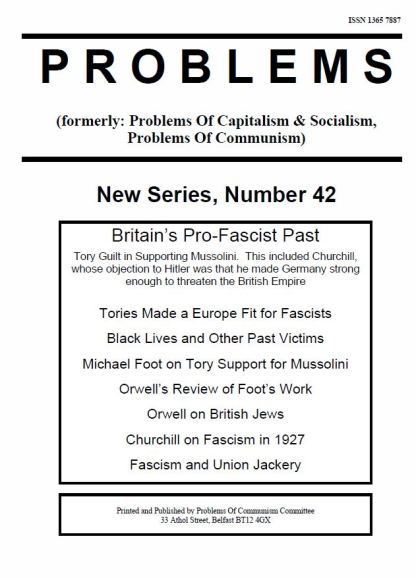